Learn about moles and how Knoxville Institute of Dermatology can help you.

Very few moles actually require medical treatment, but a mole that is evolving in shape, size, texture or color could be indicative of a cancerous growth. The providers at Knoxville Institute of Dermatology are experts in assessing all types of moles. If you have a mole that displays any of these type of changes contact our office today for an evaluation.

What is a mole?

A mole is a common benign skin lesion due to a local proliferation of pigment cells (melanocytes). It is more correctly called a melanocytic nevus, and is sometimes also called a naevocytic nevus. A brown or black mole contains the pigment melanin, so may also be called a pigmented nevus. A mole can be present at birth (congenital nevus) or appear later (acquired nevus). There are various kinds of congenital and acquired nevi.

Almost everyone has at least one mole.

Although the exact reason for local proliferation of nevus cells is unknown, it is clear that the number of moles a person has depends on genetic factors, on sun exposure, and on immune status.

What are the clinical features of moles?

What are the complications of moles?

People worry about moles because they have heard about melanoma, a malignant proliferation of melanocytes that is the most common reason for death from skin cancer.

Moles sometimes change for other reasons than melanoma, for example following sun exposure or during pregnancy. They can enlarge, regress or involute (disappear).

How is a mole diagnosed?

Moles are usually diagnosed clinically by their typical appearance. If there is any doubt about the diagnosis, an expert may be consulted in person or with the help of clinical and dermatoscopic images. This is especially important if:

Most skin lesions with these characteristics are actually harmless when evaluated by an expert using dermatoscopy. Short-term digital dermatoscopic imaging may be used in equivocal flat lesions to check for change over time.

Nevi that remain suspicious for melanoma are excised for histopathology (diagnostic biopsy). Partial biopsy is not recommended, as it may miss an area of cancerous change.

What is the treatment for moles?

Most moles are harmless and can be safely left alone. Moles may be removed in the following circumstances: 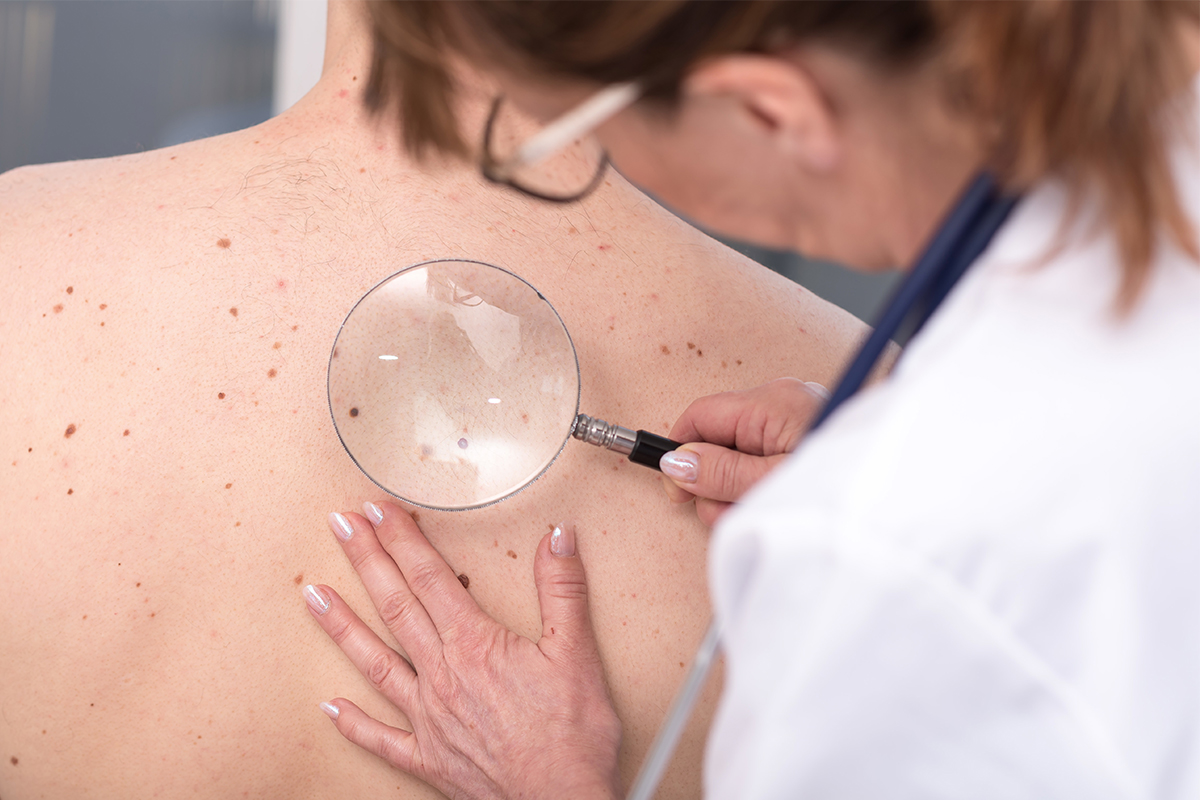 Contact Knoxville Institute of Dermatology today and let us help you find the right treatment for your moles.